Smartphone Theft On The Rise 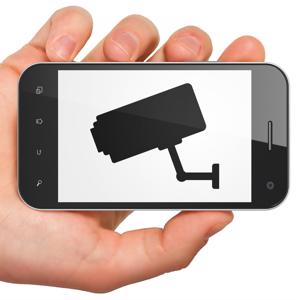 Perhaps because of their ubiquity, smartphones are being targeted by thieves like never before, being stolen at an alarmingly high rate, according to newly released statistics.

Approximately 3.1 million people had their smartphones stolen from them last year, Consumer Reports found in its Annual State of the Net survey. That’s nearly two times more than in 2012, when there were an estimated 1.6 million purloined by thieves.

Glenn Derene, electronics editor for Consumer Reports, pointed out that this is a major identity theft concern.

“Given how much personal information smartphones can contain – from photos, contacts, email accounts to social-networks, shopping, and banking apps – losing one of these devices or having one stolen can definitely be cause for panic,” said Derene. “Our survey revealed that the number of lost and stolen smart phones is on the rise, and too many smartphone users are needlessly imperiling their personal data by not taking basic security measures.”

Nearly 40% of smartphone users set up a screen lock with a four-digit pin number, Consumer Reports found. Approximately 1 in 5 installed software to locate it in the event they lost their handheld device or misplaced it. More than one-third didn’t implement any form of security.

“It’s important to educate people about the proper way to use these devices so that they’re still in touch but not annoying those around them,” said Whitmore.

A major component of cellphone etiquette is knowing when these wireless devices should be kept off or on mute. A leading contributor to highway accidents and auto insurance claims is texting while driving. Whitmore and other courtesy experts say the easiest way to avoid the temptation is by not having a phone within reaching distance while behind the wheel.

Learn how you can protect your personal property with a policy by contacting us today!