Restaurant Sales Up But Pace Slows in 2013 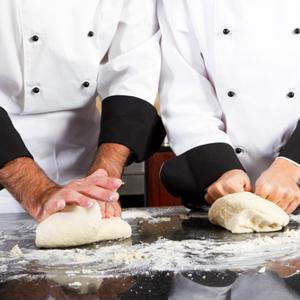 Though going out to eat continues to be a common way Americans enjoy themselves either for a weekend meal or when on a lunch break, the pace at which consumers dined in restaurant establishments decreased somewhat last year, according to a new report.

The 500 largest U.S. restaurant chains experienced a sales increase of approximately 3.5%, based on newly released data from research and consulting firm Technomic. That’s down from a 4.9% uptick in 2012.

From a raw numbers standpoint, however, the 500 top-grossing restaurant chains accumulated approximately $265 billion in sales, up from just under $257 billion during the prior year.

“Although we have seen overall growth within the Top 500, the pace has slowed since last year,” said Ron Paul, president of the Chicago-based foodservice consulting company. “Competition for share of stomach is getting more and more challenging. But brands that have found a way to differentiate themselves are gaining market share.”

Certain industries performed better than others, Technomic revealed. For example, registering the most growth were companies that specialized in Asian cuisine, bakery goods and on-the-go breakfast items like coffee, traditionally found in a cafe. Additionally, full-service restaurant chains performed well, particularly among companies whose bread-and-butter is steak.

Though the restaurant industry’s public persona may be dominated by large chains, approximately 7 in 10 eateries are single-unit operations, according to the National Restaurant Association, taking up the majority of the 990,000 food establishments that dot the U.S. And with a workforce of a combined 13.5 million, accidents that take place in the kitchen or the dining bring liability. A businessowners insurance policy provides restaurateurs with the coverage they need when the unexpected happens.