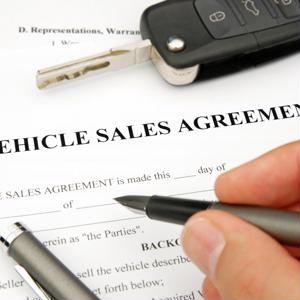 Two recently released reports suggest that 2015 will be a big year for new-car purchases, with auto insurance application activity picking up as a result of this as well.

Sales of all-new cars and trucks is forecast to total 17 million over the next 12 months, a near 3% uptick from 2014, the highest amount in more than a decade, according to estimates made by online car buying and selling platform TrueCar. Including used, auto sales are anticipated to number nearly 55.5 million units, up more than 3% from 2014.

John Krafcik, TrueCar president, indicated that much of the increase will be driven by a confluence of favorable economic circumstances, including a more confident consumer, improving job numbers and lower gas prices, the effects of which have been witnessed over the past year.

“This year has been remarkable in terms of growth and revenue coming from big gains in pickup, utility and luxury vehicle sales,” said Krafcik. “We think 2015 will be even better.”

“Gross domestic product will grow at 3.1 percent in 2015, with the potential for growth to exceed our forecast,” said Szakaly.

He cautioned, however, that the new-car sales forecast is largely contingent on the Federal Reserve deciding to keep interest rates in affordable territory, as some have forecast that because of the improving state of the economy, rates may be set to rise. However, even if there is an increase, it will likely be small, thus free from having a substantial impact on sales totals overall.

As for the average transaction price, new vehicles will sell for an estimated $32,600, based on TrueCar’s cost projections, a near 2.5% rise from 2014. Sticker prices for used cars will average around $16,700, roughly 2% above where prices were from January to December.

In addition to prices, there are several things to take into consideration from an auto insurance perspective when buying a new or used car. For example, if your soon-to-be purchased car is new, you may want to adjust the deductible to a lower amount to account for what repairs may be needed in the event of an accident. Generally speaking, fixes tend to be more expensive for new vehicles. For additional tips on what to be mindful of regarding coverage, contact RC4 Insurance Agency, LLC today.