More Cars On The Road Than Ever Before

If there’s only one fact of life in the U.S. that’s abundantly clear, it’s the following: Americans love their cars. The most recent evidence of this is just how many automobiles are registered nationwide. 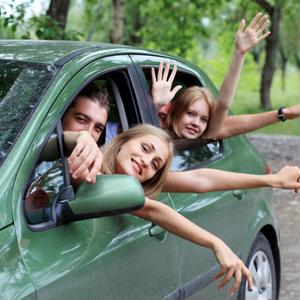 According to global information services company Experian, there were nearly 248 million cars and light trucks on the road in the second quarter of 2013, the latest period for which data is available. That’s the highest number of vehicles in operation in recorded history, smashing the original record set back in the third quarter of 2008.

Marty Miller, senior manager at Experian Automotive, noted that during the recession, new-vehicle sales dropped quickly, which led to fewer people registering their vehicles and taking out auto insurance policies. That’s no longer the case, however.

At the same time, though, consumers are holding on to their vehicles for a longer period of time. Experian found that the average age of vehicles on the road is currently just under 11 years. Automotive information and marketing solutions firm Polk had similar findings in mid-2013, when it reported that motorists were keeping their cars for a little more than a decade before deciding to purchase another used or new car.

As for what specific models most motorists are driving, domestic vehicles appear to be preferred. General Motors had the highest share in operation at 26.6%, followed by Ford at 19%. Chrysler tied with Toyota at 12.5% a piece, according to Experian.

Recently, Consumers Digest released its picks for 2014’s “Best Buys.” Rating them by category – such as compacts, family cars, sporty vehicles and minivans – some of the picks included the Chevrolet Sonic, Ford Fusion, Audi A6, Chevrolet Camaro and Chrysler Town & Country.