More Americans Riding Bicycles to Get to Work 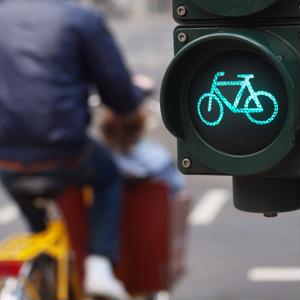 A greater number of people are leaving their vehicles in their driveways and going to work on two wheels rather than four.

Brian McKenzie, sociologist for the Census Bureau and author of the report, noted that in many ways, Americans biking to work has been made possible by investments cities have made in order to make traveling by bike more of an option.

More individuals are walking to work as well. In 1980, less than 6% of the nation walked to their employer, dropping to under 3% by 2000, evidenced by a boom period in automotive transactions and the accompanying car insurance purchases. The trend has since reversed itself in a number of cities, including Portland, Oregon; Madison, Wisconsin; Minneapolis, Minnesota; Boise, Idaho and Seattle, Washington. These cities have also seen an increase in the number of people biking to their workplaces between 2008 and 2012.

Nevertheless, biking represents a fraction of the most common forms of getting to work at 0.6% of all travelers, the U.S. Census report revealed.

As with automobiles, bicycles – particularly when they’re out in the public – are subject to being stolen, which is why cyclists should always be sure to secure their bikes with a combination lock. They should also seek coverage as well. Generally speaking, bicycles are provided for under the personal property section of both homeowners and renters insurance policies, according to the Insurance Information Institute.

For more information on bicycle coverage and how this relates to homeowners insurance, contact RC4 Insurance Agency, LLC today.