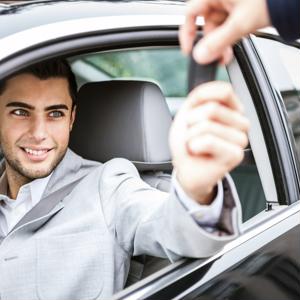 People go their entire lives without ever owning a house and get along just fine. But one thing that just about everyone will possess at one point or another is a car. Based on a recent survey, millennials wouldn’t have it any other way.

Nine in 10 millennials – i.e. men and women who reached adulthood by the year 2000 – agree that car ownership is an important part of getting things done, according to a new poll conducted by rental car company Enterprise Holdings.

Approximately 1,000 men and women participated in the poll, each of whom had rented a car at least once in the past six months. Each respondent was 25 years old or older.

78% found it important in 2013
Millennials find it more important to own a car today than they did at this time last year when a similar survey was conducted. In the most recent poll, when asked whether they agreed with the statement, “My car is essential,” 92% of respondents believed this statement was accurate, pointing out that car ownership allowed them to perform various daily tasks, like running errands and going to work. That’s up from 78% who said as much in 2013.

This year alone, new-car sales are expected to reach approximately 17 million. The National Automobile Dealers Association forecast that 16.9 million all-new cars will be bought or leased countrywide from January to December.

Steven Szakaly, NADA chief economist, pointed out that the improving economy is providing consumers with more freedom to buy.

“Rising employment and wages, continued low interest rates and lower gasoline prices all signal an increase in new light-vehicle sales in 2015,” Szakaly said. “Gross domestic product will grow at 3.1 percent in 2015, with the potential for growth to exceed our forecast.”

The forecast cited that there are several factors that could affect this prediction one way or the other, such as the Federal Reserve keeping interest rates low, the pace of job growth and gasoline prices.

Lifespan of average vehicle is 11.4 years
Americans will likely be car owners several times over, given the average lifespan of today’s automobiles. The average age at which owners replace their cars for something else is 11.4 years, according to analytics firm IHS Global. This means motorists could conceivably own a new car five or six times over the course of life – if not more.

Forty-nine of the 50 states require car owners to have auto insurance, meaning that with any car purchase – whether used or new – you’ll have to ensure that it’s appropriately covered. For more information on rates and how to get the policy that’s best for you and your vehicle, contact RC4 Insurance Agency LLC today.