How to Develop a Social Media Policy for Your Business 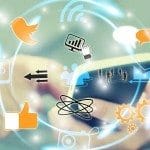 Like it or not, social media is part of today’s culture, evidenced by the billions of people who are signed up for websites like Twitter and Facebook, not to mention the frequency with which your workers scroll through their news feed during lunch hour. But it’s on these public forums that individuals can post comments are content that’s inappropriate, which can ultimately compromise the integrity of a company’s image.

It’s perhaps because of this that a substantial number of Americans today believe it’s permissible for employers to reprimand their workers for tweeting or posting something that they shouldn’t have.

Approximately 4 in 10 respondents to a recent poll indicated that companies should be able to discipline their staff for their social media activities, according to survey statistics from YouGov. Just under one-third indicated that this was not something employers ought to do, believing that it compromises workers’ privacy.

Some content and posts can be especially offensive, which may explain why the YouGov poll found that more than half of survey participants – 52% – believed companies should have the right to punish employees for posts that promote violence, hate crimes or criminal activity. Only 15% said that they have personally sent something via social media that they later regretted.

Human resources experts say that implementing some ground rules on social media usage is a good way to protect companies from liability, which may be covered through business owners insurance.

1. Outline your company’s social media goal. As noted by consulting firm Frost & Sullivan, social media is no longer on the fringe of the Internet – it’s a mainstream form of communication and a marketing tool that businesses use. The last thing you want to do is compromise that. Because of this, every company’s social media policy should have a clearly defined goal. SocialMediaExplorer.com recommended that in addition to this, employers should focus on what things they are allowed to do or say on social media, as well as what they aren’t.

2. Establish social media policies for personal use and company use. According to SocialMediaExaminer.com, perhaps the smartest way of going about establishing ground rules on social media use is to develop two policies – in other words, how workers interact with social media through personal use as well as for their job. For example, there should be several clearly defined ground rules for what workers can and cannot post for their personal site, particularly if it applies to the company. Trade secrets, client information or workers’ addresses should never be discussed or mentioned via social media, as there are legal issues that can come into play if workers cross the line.

3. Rely on workers’ common sense. While mistakes happen, there are some posts that virtually everyone knows are out of bounds. In short, your employees should be sure to use judgment and care when publishing a comment or content that could be offensive. If they have to give it some thought before they post it – worried that it might be over the line – then it’s a pretty good bet that it’s inappropriate, which may reflect poorly on your business.

Employees are a representation of a company’s brand. The statements and comments they make via social media can cast your business in a positive or negative light. It’s important to make workers aware of this in order to avoid a public relations nightmare.