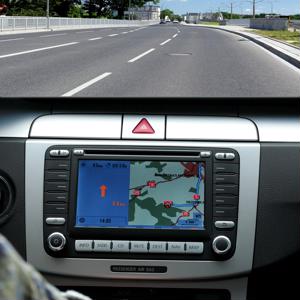 Even though hands-free devices are legal for motorists to use throughout the U.S., they’re not considered to be safer than those that require physical manipulation. Based on a recent survey, though, most people believe that they are.

Approximately 8 in 10 drivers said that they considered hands-free devices to be safer than using a handheld phone, according to a poll performed by the National Safety Council. While a common belief, distraction driving experts point out that there is no measurable difference in safety between the two forms of technology when it comes to which is safer, as it’s the actual talking on these devices that deters motorists from keeping their attention on the task at hand – the road and fellow commuters.

Auto insurance claims and crash statistics appear to substantiate this. Based on NSC’s estimates, roughly 26% of all accident claims involve cellular devices. Of these crashes, only 5% involve text messaging. However, more than 1 in every 5 result from talking, whether through a hands-free device or the standard form.

“Drivers who are cognitively distracted by their cellphone conversations can miss seeing up to 50% of their driving environment, even though they are looking right out the windshield,” said NSC.

The nonprofit organization recently put together an infographic that further elaborates how hands-free doesn’t equal risk-free.

Anti-distracted driving enforcement campaigns have had their utility. For example, distracted driving incidents have fallen by 33% in several states that implemented the National Highway Traffic Safety Administration’s “U Drive. U Text. U Pay” campaign.

For more information on the risks of distracted driving and how to be sure you’re fully protected a call RC4 Insurance Agency LLC today!