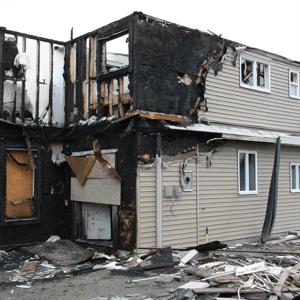 Thanks to homeowners insurance, policyholders can recover from property damage caused by fire relatively quickly. However, a new report indicates that the overall financial impact of fires has risen substantially in the past 30-plus years.

The total cost of property fires in 2011 was $329 billion, according to newly released statistics from the National Fire Protection Association (NFPA). Adjusted for inflation, that’s a 34% increase from 1980 and accounts for approximately 2% of gross domestic product.

At the same time, though, the economic toll stemming from fire decreased over the corresponding period. NFPA indicated that these costs fell to just under $15 billion when adjusted for inflation, down 31% from 1980. Three years ago, approximately $13 billion was spent to repair fire-related losses, or the equivalent of 89% of losses in 2011.

A considerable amount was spent for new building construction after structures were destroyed by fire, which includes properties owned by businesses. The estimated cost was $31 billion to replace what was lost, the NFPA report revealed.

Though homes and businesses can be replaced, what can’t be are human lives. From 2007 to 2011, three out of every five home fire deaths stemmed from incidents in which a smoke alarm wasn’t working, according to NFPA estimates.

“Working smoke alarms in homes are key to saving lives from fire,” said Lorraine Carli, vice president of outreach advocacy at NFPA. “You may have as little as three minutes to get out before a fire becomes deadly. The early warning provided by smoke alarms gives you critical time to escape safely.”

Additionally, NFPA found in a separate report that the death rate was two times higher in homes that didn’t have a working smoke alarm compared to those where they were fully functional.