Skip to the content
Home > Insurance Blog > Cyber Security Awareness Month A Success, But Was It Enough?

Cyber Security Awareness Month A Success, But Was It Enough?

Concern about hacking attempts and personal identity theft appear to have been major sticking points for many residents and business owners last year, as a record number 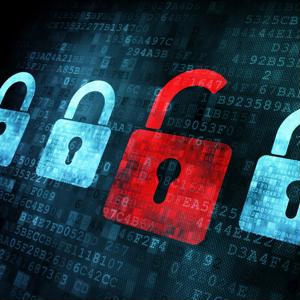 of people participated in the country’s annual National Cyber Security Awareness Month festivities, new statistics show. But with waves of recent news relevant to Target’s security breach affecting 70 million customers, and hacking attempts made to Skype and Microsoft in more recent weeks, is there really enough buzz around what businesses and consumers need to do to stay protected?

One of the ways participants were informed about what was happening was through social media. NCSA indicated that nearly 2 million people were able to join in on Internet security discussion boards by attaching #ChatSTC to posts. Additionally, nearly 350 companies, schools, municipalities and non-profit organizations signed up as “champions” for spreading the word about the dangers related to cyber warfare and IT breaches.

“National Cyber Security Awareness Month has shown year after year that by working together we can reach many millions of people and businesses with basic information on online safety,” said Michael Kaiser, executive director for NCSA. He added that during this most recent awareness event, the effort crossed into international territory, as companies and citizens from Singapore, Korea and member nations of the European Union were given mobile security tips.

But with more and more companies being targeted by hackers, it’s essential for consumers to be conscious of their online activities by following essential safety-guards and that businesses prepare themselves for how they will overcome a cyber-breach should one occur.

In 2012, more than half of small businesses had to deal with a cyber-threat of some kind, many of which attacked companies’ sensitive organizational data. CyCurity® from RC4 & Selective Insurance Company is a cyber-liability protection plan that can help business owners recover should they experience an online security breach.