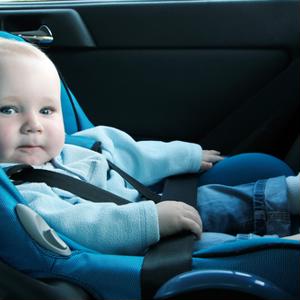 Due to greater awareness on the road and improved safety systems, the number of auto insurance claims involving the loss of a child during an accident has dropped substantially, based on information analyzed by the Centers for Disease Control and Prevention.

According to the government report, in the past 10 years, childhood fatalities stemming from a crash fell by nearly 45%, largely thanks to improved adherence to utilizing child safety and booster seats. At the same time, though, there were still more than 9,000 children under the age of 12 who were killed in an automotive accident.

The reason for the high number of deaths, the government reported concluded, is linked to failure to wear a seatbelt.

Tom Frieden, M.D., director of the CDC, told The Associated Press that no matter how far parents may be going with their son or daughter, they need to be sufficiently strapped in. In fact, using one’s seat belt is common sense for all.

“The first step is buckling up,” said Frieden. “Every child, of every age, on every trip.”

The CDC analysis found that in 2011 specifically, approximately one-third of child-related deaths stemming from an accident on the road likely could have been prevented had they been using a seatbelt at the time.

In January, the National Highway Traffic Safety Administration announced a proposed safety change that could make motorists that much safer when they buckle up. The suggested upgrade would make it mandatory that automobiles going through crash testing procedures include a side impact test for child restraint systems.

“As a father of two, I know the peace of mind this proposed test will give parents,” said Anthony Foxx, secretary of the Department of Transportation. “We all want to make sure our children’s car seats are as safe as possible, and [this] proposal will give parents and car-seat makers important new data on how car seats perform in side crashes.”

Only two states – Wyoming and Tennessee – have child passenger restraint laws mandating that all kids under the age of 8 use booster seats, the CDC report indicated.