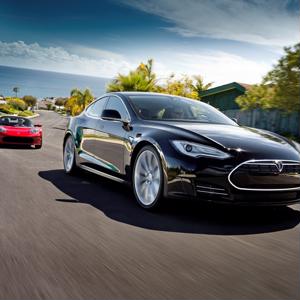 When it comes right down to it, in the automotive world, nothing is more important than safety. Every year, the Highway Loss Data Institute and

Insurance Institute for Highway Safety select the Top Safety Picks for various classes of vehicles. Recently, the Global New Car Assessment Programme – a government agency that evaluates car designs – has called on automakers to be even more mindful of implementing the latest safety features into newly built models.

If you’re in the market to buy a new car, the following vehicles are what Consumer Reports considers to be the safest cars on the road among 2014 models. In order to arrive at its findings, the product review company judged vehicles based on reliability – deducting points if subscribers reported issues in this arena – holding up well in crash as well as rollover testing and ranking among the top of its class in overall safety.

Tesla Model S
Perhaps Tesla’s biggest claim to fame is that it produces electric vehicles, helping motorists to keep more money in their pockets by avoiding the gas pump. In fact, Kelley Blue Book listed the Tesla Model S as among its best green cars of 2015. Consumer Reports gave the Tesla Model S its Best Overall designation, thanks to it achieving a five-star safety rating from the U.S. National Highway Traffic Safety Administration and variety of key features, like four-wheel disc brakes, electronic stability control and traction control.

Subaru Forester
You have to hand it to Subaru. The Japanese transportation conglomerate of Fuji Industries is routinely cited as building some of the safest vehicles on the road for use in winter, thanks to its superior braking and stability control. Consumer Reports dubbed the Subaru Forester as its top pick among small SUVs, thanks to its space-efficient design, ease of access and optimal visibility conditions, boasting large windows and doors.

Honda Accord
Though there are no numbers to confirm this, the midsized sedan has to be among the most omnipresent model on the road, so it’s really saying something when Consumer Reports picks one above all else as the safest. The four-cylinder Honda Accord gets the desirable title, in large part because of its superior handling and being nicely equipped with numerous safety features. In fact, according to the IIHS, Honda has built more top safety-rated brands in America than any other nameplate.

Subaru Impreza
Subaru introduced the world to its Impreza model 15 years ago. Its popularity with the public has kept it going strong, now in its fourth generation. As with most of Subaru’s other models, the Impreza has all-wheel drive capability – making it ideal for piloting in inclement conditions – and was also tapped as one of IIHS’ Top Safety Plus picks in 2014 for crashworthiness in side, roof strength, head restraints, small overlap front and moderate overlap front testing.

Hyundai Sante Fe
Consumer Reports picked the Hyundai Santa Fe as its top overall pick among midsized SUVs, and it’s easy to understand why. A standard model comes with a backup camera – one of several safety features that makes it also one of U.S. News and World Report’s top models, scoring a perfect ’10’ – with optional blind spot monitoring as well as rear parking sensors.