2 in 3 Say Entrepreneurship Is A Worthwhile Pursuit 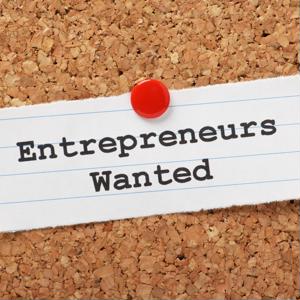 Two-thirds of adults in the United States consider entrepreneurship a good career choice, based on a recent poll conducted by Babson College. Additionally, approximately 50% of working-age individuals believe that they have what it takes to be their own boss.

Most pursue entrepreneurship out of choice, not necessity
Though some individuals take on the mantle of owning a business out of necessity, for the most part, it’s pursued because people want to do it, noted Donna Kelley, professor at Babson College and the study’s principal investigator. This is true even in underdeveloped nations.

“It is often a misperception that most entrepreneurs in less-developed economies are necessity-motivated,” Kelley explained. “The reality is that entrepreneurial opportunities of all types exist in every part of the world, and there are ambitious entrepreneurs everywhere with the aspirations to pursue them.”

Nearly 80% of innovation-inspired economies are composed of companies whose owners were fueled by opportunity rather than necessity, the study revealed. Opportunity is also the galvanizing force for efficiency-driven economies.

24 million Americans are entrepreneurs
In the United States alone – universally known as the “Land Of Opportunity” – entrepreneurship is at record levels. Approximately 14% of the U.S. population is comprised of business owners, based on a separate study also conducted by Babson College researchers. An estimated 24 million Americans run their own companies. That’s the highest number recorded since 1999, when the first Global Entrepreneurship Monitor was conducted.

Businesses – from smalltown Mom & Pop shops to international conglomerates – come in all shapes and sizes and in a variety of different industries. But one thing holds true for them all – the need for business insurance. Having the right policy in place protects a company’s bottom line should an accident or scenario occur that threatens its day-to-day operations. The Insurance Information Institute has several suggestions of what to be mindful when shopping for a policy. For additional details, contact RC4 Insurance Agency, LLC.