2013 Hurricane Season Among Calmest In History 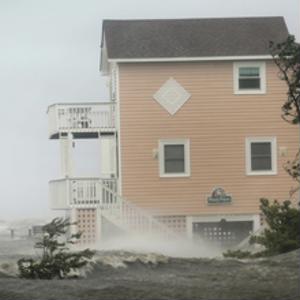 Good news to end of 2013!  With the latest hurricane season now in the rearview mirror, weather experts say that it was one of the least active ones in recent memory.

Reuters reported that the 2013 Atlantic hurricane season was among the quietest in recorded history. In fact, not since 1968 have there been fewer named storms.

Jeff Masters, a hurricane expert and director of meteorology for the commercial weather service Weather Underground, indicated that going back to 1995, hurricane activity had generally been elevated.

Though more explanations for why the season was so inactive may yet come to light, forecasters have a few theories as to why few named storms materialized. This includes a larger amount of dry air hanging over the Atlantic – as hurricanes tend to form when the atmosphere is moist – and more dust emanating out of the Sahara desert in North Africa.

The National Oceanic and Atmospheric Administration predicted in May that there would be between 13 and 20 named storms and that of these, possibly as many as 11 would become major, which weather experts define as producing sustained winds greater than 74 mph, or Category 3. In reality, though, the strongest hurricane turned out to be a Category 1. Additionally, only one named storm made landfall in Tropical Storm Andrea.

Phil Klotzbach, a Colorado State University climatologist, told Reuters that even though forecasters offer predictions on hurricane seasons, individuals shouldn’t base their preparations on what they predict – no matter how calm or active they envision it to be.

“They are purely there to satisfy the public’s curiosity based on our best knowledge of how large-scale climate features impact tropical cyclone seasons,” said Klotzbach.

Climatologists were wary of a late season storm this year, as Hurricane Sandy developed in late-October 2012. Hundreds of thousands of homeowners insurance claims were filed, as the post-tropical storm caused nearly $19 billion in insured property losses, according to actuarial firm ISO.