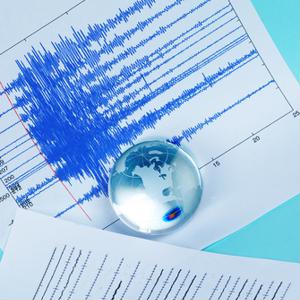 As a general rule, earthquakes are fairly rare events, certainly the ones that can bring substantial damage. However, a new assessment from the U.S. Geological Survey suggests that the chances of one developing has risen for much of the country.

Approximately 85% of the U.S. – or 42 of the 50 states – has a “reasonable chance” of experiencing an earthquake in the next half-century, the USGS revealed in its latest update to its national seismic hazard maps. The states with the highest risk include Alaska, Arkansas, California, Hawaii, Idaho, Illinois, Kentucky, Missouri and Montana.

Additionally, the report found that the Golden State is almost guaranteed to witness an earthquake that has a magnitude of 6.7 or larger, as the likelihood of one developing is 99.7%. And the Pacific Northwest has a 10% chance of experiencing a temblor with a magnitude of 8 or 9 on the Richter Scale over the same period, which would be potentially catastrophic

The USGS report pointed out that according to figures from the Federal Emergency Management Agency, the average annualized financial loss from earthquakes is $5.3 billion, with 66% of that figure coming from California alone. Washington and Oregon, along with the Golden State, represent 77% of the total estimate.

Besides purchasing earthquake coverage as a supplement to homeowners insurance, the Insurance Information Institute has a web video of what to do in order to prepare for an earth shaking event. This includes anchoring bookshelves and appliances to the wall, installing ledge barriers on shelves and putting heavier items, like TVs, low to the ground.

Although the West Coast seems to get the most attention from earthquakes it’s important to remember that no region is safe from this type of natural occurrence – including the East Coast, according to ABC News.