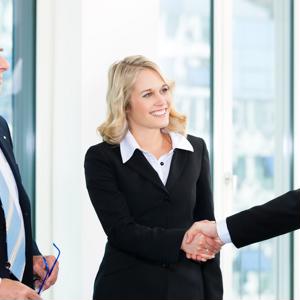 While human resource managers and business owners in general come across lots of different personalities and people during employment  interviews, some stand out more than others. So much so, they’re uniqueness was notable enough to be worthy of offering them a job.

With this in mind, job search engine CareerBuilder recently polled nearly 2,100 hiring managers, asking them to talk about some of the more  unusual techniques employment seekers used to make a good first impression.

Among the techniques that wound up getting them the job, one candidate wrote out his resume on a chocolate bar. In another, the applicant  offered to fix a broken-down copying machine before leaving. And in a separate instance, an interviewee went so far as to contract a billboard  outside the employer’s office, asking to be hired.

Rosemary Haefner, vice president of human resources at CareerBuilder, noted that while these instances may be amusing and fun, ultimately hiring managers are more interested with the package itself – i.e. the candidate’s skills and abilities – rather than the way it’s dressed up.

“Thinking outside the box is great, but the stunts that work best are the ones that showcase your relevant skills and abilities,” said Haefner. “The focus of the interview should be why you would be a great addition to the team, and not what you’re willing to do to get noticed.”

When company management hires additional employees, they often have to increase their businessowners insurance protection in order to accommodate a larger worker base. RC4 Insurance Agency, LLC provides the workers compensation insurance as well as specialty coverages that entrepreneurs need to keep their companies running smoothly.