Skip to the content
Home > Insurance Blog > U.S. Has An Aged Housing Inventory

U.S. Has An Aged Housing Inventory 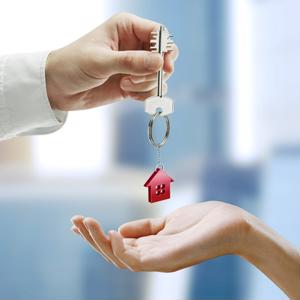 While the U.S.’ real estate landscape is dotted with newly built single-family houses, the overwhelming majority of homes in the country have been around for at least two decades.

According to a recent report from foreclosure information firm RealtyTrac, an average of seven in 10 residences in the country were built prior to 1990. Additionally, of all the residential dwellings sold in 2013, approximately 60% of them were built 23 years ago or more.

Jake Adger, chief economist at RealtyTrac, indicated that these numbers may come as a surprise to many people and could pose a problem for individuals hoping not to have to deal with any maintenance issues once they move in.

“However, given the low inventory of homes available for sale in today’s market, this challenge of aging U.S. housing supply can also be an opportunity for buyers looking for a bargain and homeowners looking to update their living space and improve the value of their homes,” said Adger.

Some states have a larger ratio of older homes to new ones than others, particularly in Michigan, New York, Rhode Island, Massachusetts and Connecticut. Additionally, in each of these parts of the country, approximately three-quarters of homes bought during the year were built more than 20 years ago.

Many people prefer existing homes to those more recently constructed, if for no other reason than because they provide a certain sense of character and uniqueness. However, in addition to often requiring more upkeep, it’s important to take note of factors that can affect one’s homeowners insurance policy. For instance, for colonial style homes built in the early 1800s or 1900s, foundations may be cracked or damaged. Also, wiring may be out of date, requiring a new installation for safety purposes.