The 6 Safest Small Cars On The Road Today 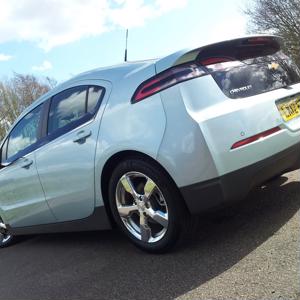 When it comes to what cars stand up to some of the most stringent crash testing, there are a half-dozen vehicles on the road today that are the best, according to the results of a recent study.

Of the 12 small vehicles subjected to various forms of manufactured crashes, only one of the dozen got a “good” rating in the Mini Cooper Countryman, the Insurance Institute for Highway Safety revealed. The non-profit safety organization funded by auto insurance companies gave the Mini Cooper an overall “good” designation, and the same measure for its restraints and kinematics. In injury assessments, it also received a score of good for head and neck, chest, high and thigh, as well as lower leg and foot.

“The Mini Cooper Countryman gave a solid performance,” said Joe Nolan, senior vice president of vehicle research at the Insurance Institute for Highway Safety (IIHS). “The Countryman’s safety cage held up reasonably well. The safety belts and airbags worked together to control the test dummy’s movement, and injury measures indicate a low risk of any significant injuries in a real-world crash this severe.”

Because the Countryman scored so well, it earned IIHS’ Top Safety Pick designation, one of five other cars to receive this classification, which included the Ford C-Max Hybrid, Mitsubishi Lancer, Scion FR-S, Subaru BRZ and Chevrolet Volt. One of the automotive world’s select few all-electric vehicles served as the overall winner, being credited with IIHS’ Top Safety Pick+, the only car to get the highly coveted safety distinction.

Still, Nolan pointed out that the six vehicles that stood out as the best for keeping motorists safe after a collision are all worthy of consideration for those who are buying a new car.

“Consumers trading the inherent safety of a larger vehicle for the convenience or fuel economy of a small car should focus their search on these vehicles with state-of-the-art safety designs,” he added.

The Scion xB, Hyundai Veloster, Fiat 500L, Mazda 5, as well as the Leaf and Juke – both made by Nissan – all received overall scores of either marginal or poor, IIHS’ lowest rating.

While there are a variety of measurements insurers use to determine premiums, one of them is safety performance. If you’re in the new-car market, factoring crash testing into the vehicle you ultimately choose should be among your top considerations.

For more information on how an IIHS rating can affect your auto insurance, speak to RC4 Insurance Agency, LLC today.