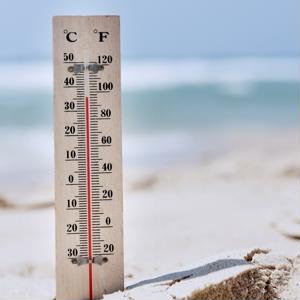 After a brutally cold winter – where temperatures reached below freezing in every state at one point during the season, and another storm sweeping much of the nation this weekend – spring warmth and mild breezes sound pretty nice. But when sweltering conditions predominate, the effects can be devastating, manifested occasionally by drought and wildfires. What’s in store for 2014 will soon be learned, but as for last year, it ranked in the top five warmest periods on record across the world, according to a report recently released.

The global temperature in 2013 tied for being the fourth warmest year since weather data began being kept track of in 1880, the National Climatic Data Center reported, which is affiliated with the National Oceanic and Atmospheric Administration. Additionally, for 37 years in a row, the temperature of the earth was north of the 20th century average. The last time it was below the average was in 1976. In fact, two of the three warmest years on record have all occurred within the past decade.

From the East to the West, temperatures were above what is typical in the U.S., the report indicated. However, the one exception to this was in the Midwest. Meanwhile, above-average annual temperatures were measured in parts of the world that include central Asia, western Ethiopia, eastern Tanzania and western Australia.

With this being Natural Severe Weather Week, climatologist remind Americans that the upcoming season could be an active one for catastrophes. Last year, natural disasters resulted in property insurance losses of $385 million for wildfire, heat and drought-related occurrences, based on statistics collected by the Insurance Information Institute. There were also 19 separate floods that took place, bringing flood insurance losses that totaled an estimated $240 million.