One In Five Seriously Hurt While Working 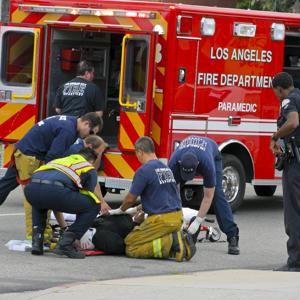 When it comes to one’s safety and wellness at the workplace, a substantial number of Americans say that they’ve been injured while on the job.

Slightly more than one in five people indicate that they’ve been hurt while laboring, so serious, in fact, that’s it’s required them to take a sabbatical for more than several days, according to a recent survey performed by legal information website FindLaw.com.

Of the injuries that occurred, most said it was after slipping and falling. Approximately one-third of those who were wounded at their employer said it resulted from this. Other frequent sources of injury included repetitive motions, being struck by an object or machinery, a motor vehicle accident or workplace violence.

Stephanie Rahlfs, attorney-editor for the internet’s most frequented legal guidance website, indicated that hazards come in all shapes and sizes in work environments and are not necessarily confined to specific sectors.

“Injuries are by no means limited to manufacturing and construction work. Even office environments can produce carpal tunnel syndrome, injuries from lifting heavy objects or slip-and-fall accidents,” said Rahlfs. “In addition, motor vehicle accidents are a common source of on-the-job injuries.”

She added that workers’ compensation insurance applies to on-the-job injuries both for the employer and the worker that’s injured, as the person who’s hurt will likely need financial resources in order to receive medical treatment or maintain a living while they’re away from the job.

Going back to 2003, fewer people missed work due to injuries or illnesses. According to the Insurance Information Institute, there were nearly 684,400 instances requiring workers to not be on the job due to a significant health malady in 2011, down from just over 908,300 eight years prior.