Most Frequently Stolen Vehicle of 2013 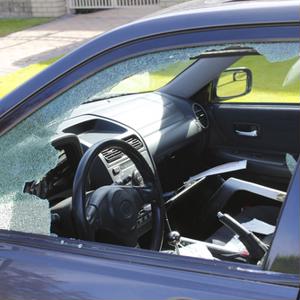 For several consecutive years, the Honda Accord has been the most stolen automobile in the U.S. In 2013, that streak continued, based on recently released automotive theft data.

The Honda Accord was the U.S.’ most frequently purloined car last year for the fifth consecutive time, according to new released statistics from stolen vehicle tracking system company LoJack. At the same time, though, it was also the most recovered automobile.

Patrick Clancy, vice president of law enforcement for the Canton, Massachusetts-based vehicle security company, indicated that a substantial percentage of individuals who have their cars stolen are able to get it back, thanks to having a theft deterrent device. The same can’t be said, though, for those who don’t have a system in place.

“The latest statistics from the FBI indicate that nearly half of vehicles stolen are not returned to the rightful owners, resulting in millions of dollars in assets lost by vehicle owners,” said Clancy.

The country’s most populated state – California – was the one with the highest theft and recovery rates last year, followed by Texas, Florida, New York and New Jersey, LoJack reported. Black was the color of automobile that proved to be the most popular among thieves, with the least common being turquoise.

Thanks to law enforcement officers and anti-theft systems, motorists may be able get their car back. However, with a comprehensive auto insurance policy, they may be able to replace what was stolen with an alternative one, based on the previous vehicle’s insured value. The Insurance Information Institute has details on why comprehensive is often preferable to a basic plan.