MILLIONS OF CARS PURCHASED IN 2013 HAD OPEN RECALLS 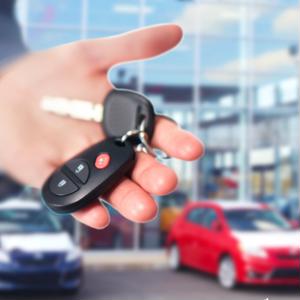 A new report suggests that millions of Americans may have unwittingly purchased cars online that had safety recalls on them that weren’t adequately addressed, putting them at risk of getting into an accident.

In 2013, more than 3.5 million cars were sold via the Internet that had an open recall order in effect, according to an annual reported released by vehicle history report company Carfax. The brunt of these automobiles were sold in Texas, California, Missouri, Florida and Ohio.

Larry Gamache, communications director at Carfax, noted that this is a significant safety issue, as motorists could wind up filing an auto insurance claim after being in a crash resulting from a mechanical error.

“It’s another reminder that consumers, especially those shopping online, need to know as much as possible about a used car before they buy,” said Gamache. “This includes if an open recall or other potentially dangerous issue exists. It helps make our roads safer for everyone.”

He added that the most effective way in which to avoid this risk is by staying informed about any safety recalls that have been announced.

“Whenever and wherever you shop, make sure to look for open recalls and have them fixed,” said Gamache. “Almost every recall will be fixed for free at your local franchise dealer.”

On Feb. 18, the National Highway Traffic Safety Administration, one of the organizations that reports recalls, initiated a program aimed at better informing consumers about safety recall notices. Mailings that are sent out should now have more pronounced labeling, helping to grab readers’ attention.

Anthony Foxx, secretary for the Department of Transportation, indicated that this is a smart way in which to make drivers and parents more cognizant of safety issues that they need to be apprised of.