Skip to the content
Home > Insurance Blog > In Storms Of Life, Don’t Get Caught Without An Umbrella

In Storms Of Life, Don’t Get Caught Without An Umbrella 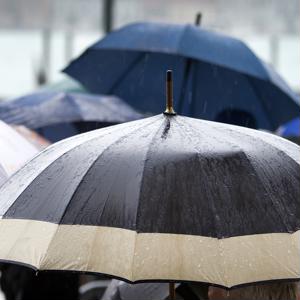 If you’ve ever found yourself caught out in the driving rain with nothing but the clothes on your back for protection, you know what kind of a miserable experience that can be, temporary as it is. With all that wetness and cold, its effects can leave you longing for the comfort of the indoors.

All that goes away, though, with an umbrella as your guide, shielding you from the storm.

This is kind of how umbrella insurance works, armed with the financial protection and rest assurance that you’re covered when the storms of life come your way.

Homeowners insurance and auto insurance are policies that provide you with the financial assistance you need when there’s an accident or storm and damage results. The proceeds of insurance pays for what repairs are needed up to the limits of the policy. Occasionally, though, the price of having something fixed may exceed what insurance provides for.

This is where umbrella insurance kicks in. It serves as an extra layer of protection during situations in which you may be liable. Think of it as an insurance policy for the coverage you already have.

In legal situations, umbrella insurance can be a lifeline
Perhaps the best example of when umbrella insurance comes in handy is if you’re ever brought to court. As it is, auto insurance, for example, pays for the legal fees associated with putting on a defense if someone sues you for damages after an accident. It also provides the compensation needed for reward settlements, but it may not always be sufficient.

Being sued may not seem like something you’d ever have to deal with, but there are an almost limitless number of scenarios wherein you can be caught up in a legal spate, given the litigious nature of society.

For example, say you go out of town. Your teenager throws a party while you’re away, and drinking is involved. A guest leaves the party after having one too many and gets into a serious car accident. Their parents decide to sue to pay for the medical bills, and the settlement is more than what your homeowners insurance provides for. With an umbrella insurance policy, you won’t have to worry about paying out of pocket, because the proceeds go over and above your standard policy’s maximum.

Perhaps you have a dog that, in the course of play or after being startled, bites a neighbor or passerby while you’re out for a stroll. Dog bites account for more than one-third of all homeowners insurance liability claims, according to the Insurance Information Institute, with the average claim costing more than $33,700.

Generally, this should be enough to pay for the medical bills associated with treating a dog bite. If you’re sued, however, the penalty could be more. Once again, umbrella insurance protects you from financial ruin.

Policies are eminently affordable
Besides its financial cover, perhaps the best part of umbrella insurance is that it’s extremely affordable. Premiums can range between $150 and $300, according to the III estimates, providing you with $1 million worth of coverage. Should you want more than that – umbrella coverage usually comes in million-dollar increments – you’ll spend even less, typically under $100.

According to a poll of senior litigators and attorneys, more than half said that they considered today’s litigatory environment to be unfair and unreasonable, according to the U.S. Chamber of Commerce. When asked to point to a specific reason for this, a common response was excessive damage rewards.

With umbrella insurance, you’ll worry much less about the financial ramifications of a lawsuit. For more information, contact RC4 Insurance Agency, LLC today.