How To Keep The Bite Out of Your Dog’s Bark 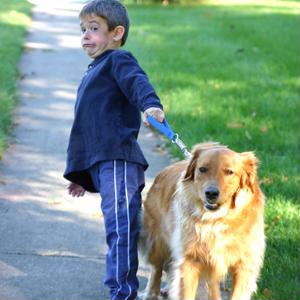 The 140th edition of the Westminster Kennel Club Dog Show recently wrapped up, the annual competition where the nation’s most premiere pooches vie for a shot at the coveted “Best In Show” title. Approximately 3,000 dogs participate in the annual contest, each impeccably groomed. Even more impressive than their appearance, though, is their obedience. So much so, the mere possibility of a handler being bitten is silly.

Dog bites, of course, are quite serious, and happen more often than you might believe. In fact, according to the Insurance Information Institute, over one-third of all homeowners insurance claims are dog-bite related. In 2014 – the latest year that data is available – California saw the highest number of claims at nearly 1,900, with Ohio in second at just over 1,000.

And that’s not counting the incidents that go unreported to insurers. An estimated 800,000 people in the United States alone are treated medically for dog bite injuries, according to the American Veterinary Medical Association.

Dog bite susceptibility not based on breed

When dog bites make the headlines, it can seem like some breeds are more prone to biting than others. However, animal experts like Brandon Fouche, a dog behaviorist, says aggressiveness is usually something dogs are taught, often times unwittingly by the owner or owners.

“Most of the problems we have with our dogs are learned,” Fouche told ABC News. “It’s a learned behavior when a dog shows aggression.”

Animal experts and veterinarians say that the best way to prevent dog bites from happening is through the proper training methods, ideally with a professional. Here are a few other tips to keep in mind before adding a four-legged friend to the family:

Be sure to visit websites like the American Academy of Pediatrics, American Veterinary Medical Association and Victoria Stilwell Foundation for other recommendations on dog bite prevention.

National Dog Bite Prevention Week is held every year in May. You can prepare for it by updating your homeowners insurance policy in the event the unexpected happens with your pet. To learn what you can do, contact RC4 Insurance Agency, LLC today.