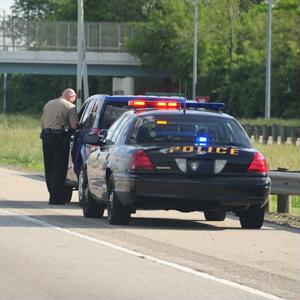 From the car you drive, to the frequency with which you use it, there are several factors that go into determining how much you pay in auto insurance premiums. Each factor is weighted,, ultimately resulting in a price for typically a 6 or 12 month policy period.

A major contributor to premiums is your driving record. The safer you drive, the more likely it is that premiums will be affordable. And based on a recent survey, it most definitely pays to follow the rules of the road, not only because it’s the law, but also because infractions can send rate skyward.

The degree to which moving violations affect auto insurance costs vary throughout the United States, according to data from Quadrant Information Services. In Hawaii, for instance, reckless driving can result in premiums jumping 287%, more than three times the U.S. average of 83%. And in Maryland, driving without a license can cause premiums to increase by 95%.

The extent in which car insurance costs rise also often depends on the severity of moving violations. None is more impactful than intoxicated driving. Receiving a DUI charge was found to be the most expensive violation in the QIS report, averaging a jump in rates of 92%, followed by reckless driving at 83% and speeding 29%, specifically operating a vehicle at 30 miles per hour over what’s posted.

“Most consumers are unaware of how much insurance rates go up even for a minor traffic violation, such as speeding a few MPH over the posted limit,” said Laura Adams, senior analyst for InsuranceQuotes.com, which commissioned the study. “In many states, drivers can keep small speeding tickets and other minor infractions off their records by going to traffic school or taking a defensive driving course, up to a limited number of times.”

NHTSA: Crashes carry $871 billion price tag
Of course, the best way to avoid insurance premiums from rising is by obeying all traffic rules. Moving violations ultimately increase everyone’s costs by raising the risk of being involved in an accident. According to numbers from the National Highway Traffic Safety Administration, crashes result in $871 billion per year in societal harm. Drunk driving alone accounts for 18% of economic losses stemming from highway collisions, with speeding responsible for 21%. That’s the equivalent of about $200 for every person living in the country.