Skip to the content
Home > Insurance Blog > Heat Exhaustion: What It Is And How To Treat It

Heat Exhaustion: What It Is And How To Treat It 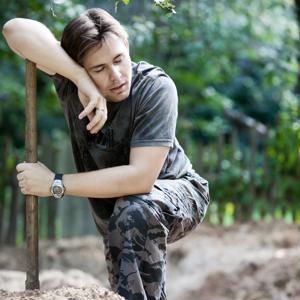 If this past spring is any indication of what this summer will be like, the season could be a real scorcher. April was a record-setting month for the United States and the world, as it was the 17th warmest April on record for the lower 48 states and the 4th warmest ever across the globe, according to temperature data from the National Oceanic and Atmospheric Administration.

One thing’s for certain about the stretch of time from June to September: It’s a period that almost always sees at least one heat wave. When temperatures reach 90 degrees and above – and do so for three days in a row – it can dramatically increase the risk of heat-related illness, something that many people have tragically died from or at least experienced the symptoms of.

Heat exhaustion is one of the more common kinds. While not as serious as heat stroke, this form is the body’s response to when it loses copious amounts of water and salt, which the body naturally produces to cool  itself. The problem is when too much of it is released, as it can throw off the body’s electrolyte balance.

Here are some of the classic symptoms of heat exhaustion, according the U.S. Centers for Disease Control and Prevention:

If these symptoms aren’t treated quickly, they can worsen and eventually lead to heat stroke, which nearly two dozen people have died from in the United States in the past five years, according to CDC estimates.

Here’s what to do when you or a friend is experiencing exhaustion from the high heat:

Get someplace cool
If you’re outdoors and don’t have a place to get out of the sun, seek out shade. According to meteorologists, the shade is usually between 10 and 15 degrees cooler than what it is under direct sunlight.

Consume hydrating liquids
Of course, the best way to get back lost water is by having something to drink. But make sure that the drink is thirst quenching, like water, or Gatorade, which contains sodium and potassium – key minerals that the body loses through sweat. Avoid sugary drinks like soda, orange juice or highly caffeinated sports beverages.

Take it easy
It takes the body awhile to cool down, so it’s best not to resume the activity that caused the exhaustion for at least a few hours. Heavy exertion – whether done through exercise or manual labor – should be avoided when it’s hot and humid.

Though no one is immune to heat-related illnesses, some people are more at risk for it than others. Senior citizens – individuals who are 65 years and up – are chief among them, because as the body ages, it’s not able to cool itself down as quickly as when younger. People with Immunodeficiencies, heart disease and high blood pressure are also at a greater risk.

Injuries – in all their forms – are common during the summer, which, if hosting a party, you could be held liable for. Homeowners insurance can provide you with the financial protection you need to defend yourself in potentially litigious situations. For more information, speak with a Selective agent.