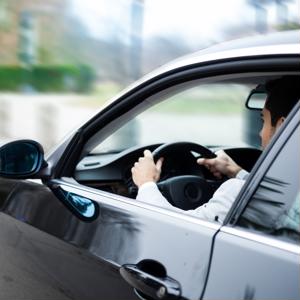 Though most Americans well understand that talking on a cellphone or sending a text message increases the chances of getting into an accident, potentially leading to an auto insurance claim, a majority of motorists believe that this risk is reduced by using a hands-free device as an alternative. But according to the National Safety Council, though common, this belief couldn’t be further from the truth.

Approximately 8 in 10 drivers indicated that hands-free cellphones are safer to use than traditional wireless mobile devices, the NSC poll revealed. In reality, more than two dozen studies have shown that they don’t minimize crash potential because people are juggling two tasks at once – driving and talking with someone. Here is an informational infographic the NSC released to illustrate its point.

David Teater, senior director of transportation initiatives at the NSC, pointed out that it’s virtually impossible for the mind to focus on numerous things simultaneously.

“The problem is the brain does not truly multi-task,” said Teater. “Just like you can’t read a book and talk on the phone, you can’t safely operate a vehicle and talk on the phone. With some state laws focusing on handheld bans and carmakers putting hands-free technology in vehicles, no wonder people are confused.”

The nonprofit organization is a fervent supporter of making hands-free devices illegal for motorists to use. As of yet, though, no states have implemented this type of ban.

A year ago, the National Highway Traffic Safety Administration commissioned a study, which analyzed the use of voice-activated communication systems. It found that they posed a risk to motorists’ safety because they “require drivers to take their eyes off the road and their hands off the steering wheel” in order to turn them on or adjust them.