Four Easy Ways to Protect your Smartphone from Being Hacked 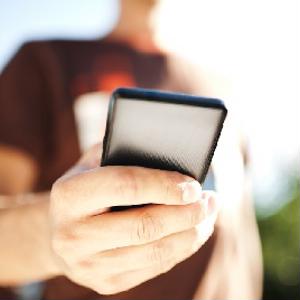 You’re hard-pressed these days to find anyone who doesn’t have a cellphone. And, ever increasingly, the handheld devices that people do have are of the “smart” variety. In fact, just last year, some 175 million people in the U.S. had a smartphone subscription, up from 78 million three years prior, according to The Wireless Association. In a recent poll performed by the Pew Research Center, analysis found that 58% of American adults have a smartphone.

While these forms of technology have enabled more people to stay in touch with one another as well as the world, thanks to their ability to scour the Internet, it hasn’t been without a cost to individuals’ privacy. Millions of people have their personal data stolen after smartphones are hacked through cyber warfare, not to mention when the handheld devices themselves are absconded with.

Fortunately, however, there are several ways to protect your smartphone so that it’s not at risk of being hacked into. The Federal Communications Committee recently put together several steps to increase your security.

1. Set a Password
Perhaps the most important step of all is to set a password or PIN number. In order to access many smartphones, the initial setup process requires owners to establish a code of varying lengths. Though it may be tempting to use the same password or PIN for everything, it’s best to use different ones so that personal data attacks are more isolated.

2. Back up your data
Another way to enhance smartphone security is by backing up your stored data, including your contact information, documentation, photographs and financial information, the FCC suggested. Should your phone be located, you’ll be able to easily put what data that was there back on to your smartphone should it have been erased or tampered with.

3. Download trustworthy apps
There are tens of millions of mobile applications to download to smartphones, each providing users with more convenience. But the FCC says you should be mindful not to download apps that are unreliable, as they could make your personal data vulnerable. You can determine what apps are legit by talking to friends, looking at user reviews and checking to see if the app has a website that’s professional looking.

4. Secure your phone
When carrying around your smartphone, you should also be sure to have it in a place that’s easily detectable. For example, instead of keeping it in your back pocket – where it could be snatched by a pickpocket – it’s best to keep it in a front pocket so that you can feel it. Additionally, if storing it temporarily in a locker at work or the gym, make sure it’s safely behind a combination lock.

The FCC has several other smartphone security tips to enhance your data security.

Should your cellphone ever be stolen, it may be covered under your homeowners insurance or renters insurance policy. To find out more, talk RC4 Insurance Agency, LLC today.