46 Million Vehicles On The Nation’s Roads With Unfixed Recall 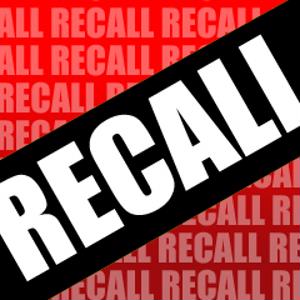 Though 2014 was a stellar year for the automotive industry from a sales perspective – selling the most it has since 2006 – it was anything but that from a standpoint of safety. Tens of millions of vehicles were recalled by automakers due to safety concerns.

Now comes word that many of the automobiles currently being driven by the nation’s motorists have a recall that hasn’t been fixed.

Approximately 46 million cars throughout the United States have had at least one recall that’s never been addressed, according to vehicle history reporting firm Carfax. That’s the equivalent of about 1 in 5.

Larry Gamache, Carfax communications director, indicated that this is a major threat to the physical well-being of millions of roadway users.

He added that while there’s no denying that having your vehicle serviced because of a recall is inconvenient, it’s an annoyance that’s well worth it, given the alternative.

Many people mistakenly believe that their auto insurance company is the entity to get in touch with when there’s a recall, when actually, the best outlet to talk to is your dealer. If you’ve received a recall notice, the announcement should have come from the dealership you bought your car from. It’s very important that you reach out to your dealer as soon as you’re alerted because the recall could be concerning a safety issue that makes it dangerous to drive. The dealer will then inform you of what steps to take from that point on. Should you have questions, though, please contact RC4 Insurance Agency and we agent will be happy to help.

Last year, the National Highway Traffic Safety Administration issued more than $126 million worth in civil penalties to automakers for recalls, the most in the NHTSA’s history. Honda was recently cited $70 million in fines for failing to comply with the TREAD Act, short for the Transportation Recall Enhancement Accountability and Documentation Act. Congress passed this legislation in 2000.

“These fines reflect the tough stance we will take against those who violate the law and fail to do their part in the mission to keep Americans safe on the road,” said Anthony Foxx, secretary for the U.S. Department of Transportation. ”

NHTSA maintains a website that’s constantly updating what the latest recalls are. You may want to bookmark this site to stay on top of things.