3 Information Security Laws Everyone Should Know 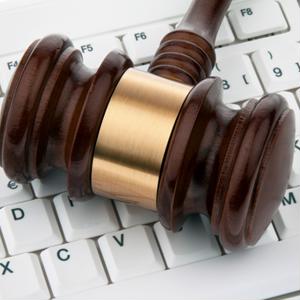 Often referred to as the information superhighway, the Internet is used by 2.8 billion people throughout the world and as many as 85% of the North American population, according to statistical data. While this medium has enabled individuals and businesses to learn, grow and stay connected, it can also be used for fraudulent or deceitful purposes.

As a result, over the past several years, there have been a variety of laws passed in America related to ensuring users’ security. The following are three that you should know.

1. Computer Fraud and Abuse Act. First passed in the mid-1980s, the Computer Fraud and Abuse Act is basically an anti-hacking law, making it illegal for individuals or entities to knowingly access a private computer without permission. With technology and accessibility changing on a consistent basis, the CFAA has become amended numerous times since its creation, including in 2001 when the somewhat controversial Patriot Act was signed into law by President George W. Bush. The law covers virtually all technologies that have computer-related capabilities, such as handheld devices like cellphones. Organizations like the Electronic Frontier Foundation are staunch advocates of reforming the law further, saying that it needs to better define certain aspects, such as a more easily understandable working definition of what “unauthorized access” means.

2. Digital Millennium Copyright Act. Appropriately, the Digital Millennium Copyright Act went into effect at the turn of the century. It criminalizes the production of utilities designed to get around security measures. Additionally, the DMCA is a law that protects Internet service providers from the potential of liability for copyright infringement resulting from the activity of users. This includes various data that’s often exchanged, such as movies, music and software. As noted by the EFF, without these protections, “the risk of potential copyright liability would prevent many online intermediaries from providing services such as hosting user-generated content.” There have been several noteworthy legal cases in which litigants have sued, alleging that the DMCA was violated, including a case brought by Sony Computer Entertainment. But the law also grants certain protections to Internet users as well, who could be brought to court for acts that aren’t necessarily unethical or bad.

3. Stored Communications Act. Enacted in 1986 as part of the broader Electronic Communications Act, the Stored Communications Act traces back to the U.S. Constitution and the Bill of Rights, specifically the Fourth Amendment, which gives citizens the right to personal security from having their information searched or seized illegally. Of course, because the Internet is a relatively new phenomenon, the Fourth Amendment doesn’t adequately address online security, electronic communications or transactional records that are held by Internet service providers. Though there are many working parts to the SCA, it essentially grants privacy protections that are stored over the Internet, such as email or social media. Speaking of which, in September 2013, a New Jersey federal court decided that an employee had standing against their employer, who had apparently viewed the worker’s Facebook page without being given permission. In other words, social media posts are protected by the SCA.

These are just a handful of the laws that govern information security. For more information on liability and coverage protection, call RC4 Insurance Agency, LLC today!